Automagy Mod 1.8.9, 1.7.10 is an addon to Thaumcraft 4 which brings many useful machines that allow the player to automate almost all processes in Thaumcraft 4. Some of the machines are easy-to-use and self-explanatory, like Hourglass, others require several hours to understand and much more time to build, like the Inventarium.

An expansion to Redstone Logic is introduced in this mod. It uses the properties of the strength of the signal more wisely, allowing the player to build precise and compact cirquits. A special type of redstone signal transporting devices is also present – Redcrystal and its advanced forms. It can be placed on any side of the block and each side can be connected or disconnected from the others. Mercurial Redcrystal allows the player to send the redstone signal wirelessly.

In addition to redstone signal transporting machines, there is a set of machines which reads the properties of different blocks and emits a redstone signal based on them. These machines can be deeply configurable and can also be wireless, so the player can keep track of almost every process, including the amount of Essentia in Jar, Vis in Node or Coal in all Furnaces within a certain area.

Abilities of Golemancy are significantly expanded in this addon. Golems can now fulfill complex orders, craft items and interact with new types of machines.

Essentia in all Warded Jars and any other type of jars can be easily organised in one huge network, allowing it to be transferred back and forth, precisely extracted and accessed from anywhere by the player or golems.

The same thing can be done to solid items. Upon creating an Inventarium, the player can automate all operations with all blocks and items in stock on pure magic, with the use of golems and magic mirrors to transport the items at any distance. Most of the advantages of ME Network are included, and even more, that even Applied Energistics cannot do yet.

Powerful generation machines allow the player to spawn various blocks from the Nether or almost every vanilla mob by using some Vis and Essentia in Dimensional Lure and Nethermind.

Lots of utility machines allow the player do do the following things: Store and take XP automatically from Brain in a Jar, Automatically recharge Thaumostatic Harness, perform various operations with liquids, or construct chests which automatically input, output or exchange customisable list of items.

Finally, some pieces of equipment grant the player the ability to use the Arcane Worktable on the go or to automaticaly repel and heavily damage Endermen in a small area around the player.

This mod is famous for its powerful machines, most of them being multiblock structures, and brings lots of comfort to the gameplay. The stuff from this mod is far from being easy, both for creating and understanding, but when fully mastered, it will show its real advantages. 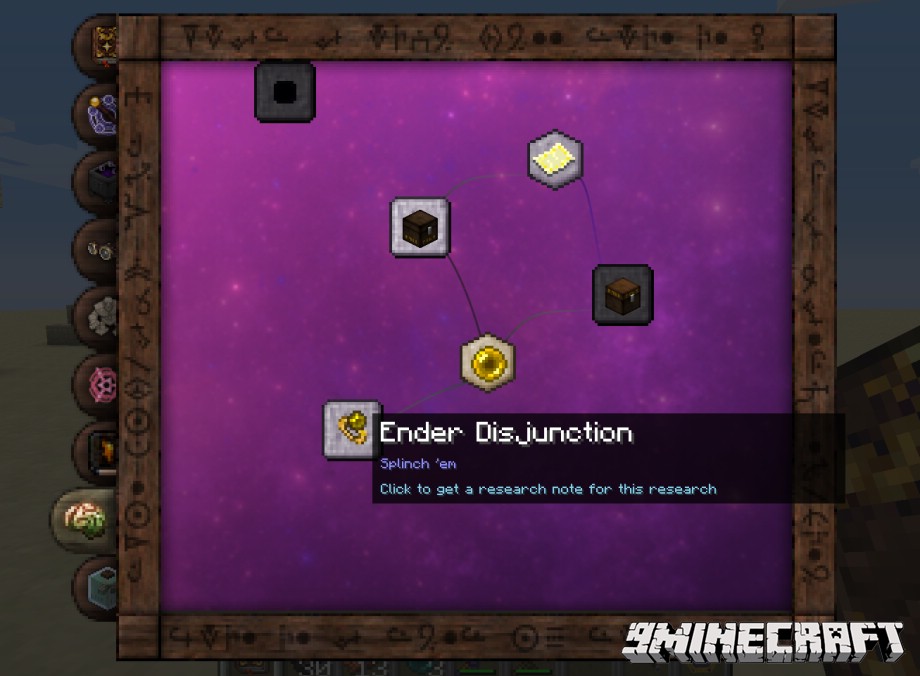