The Better Animations Collection mod seeks to enhance the Minecraft experience by reworking some of the in-game creature models to fit more and smoother animations. It aims to add a subtle effect to put a small smile on your face. Unlike some mods, Better Animations does not require any other mods, so no ModLoader or Forge are necessary

Show Spoiler
Ghasts, those giant creepy creatures that whine like babies and barf fireballs, yeah those things; well they had an upgrade.
Now introducing…again…Squiggly Ghast Tentacles! One of the first features written for this mod collection by KodaichiZero, this feature eases Ghasts of their stiff tentacles and replaces them with state-of-the-art flexible, yet blocky, ones.
In addition to that amazing tentacular improvement, Ghasts also can have same lengthed tentacles for all you OCD freaks. In case you never realized, in vanilla Minecraft (because, honestly who the Nether would spend their time in Hell staring at a Ghast) Ghasts’ tentacles are not the same length (in fact they are flipping you off since the tentacle in the middle on their front is the longest). Well, now all of you who just now noticed that and can never forget that can now make all Ghast tentacles even; every tentacle is made equally and deserves the same rights as all other tentacles (what?). You can also set the length of the tentacles from 0 to 14.
Also, as an extra bonus, when not forced to equal length, Ghast tentacles will be of a bit more random length, unlike vanilla Minecraft where tentacle lengths are always the same.
WARNING: Do not stare in awe at their new tentacles for too long or your face will explode.

Show Spoiler
Are your dogs tired of their boring old tail? Do they wish they could lie down like a real dog? Well look no further.
Introducing Doggie+! An enhancement to your man’s best friend, now sold at a PetSmart near you. Upgrade your pet today! There are a multitude of features for your dogs.
Your dogs can now have the ability to lie down, if you so please, and will roll over when you tempt them with a piece of sweet, succulent meat.
You may also get the wagging tail package should you desire your dogs to have tails that do not look like they’re stiff on Viagra.
Tails come in two sizes, fluffy and flat, and you can have any or all of these for the low low payment of $29.99 a month for 6 months while supplies last.
Grab your Doggie+ package today!
WARNING: Do not touch the wagging tail of a dog that isn’t yours. (You’ll die.)

Show Spoiler
For [a] year, wild ocelots have run away from players, into the shadows, embarrassed by their broken bone-looking tail. Now, they will still runaway, but they will run with confidence that their rear end looks amazing and majestic…their tail, that is.
WARNING: Do not pull on the majestic tail or your face will be scratched into a thousand pieces.

Show Spoiler
As if slimes weren’t cute and adorable enough, now they will kill you with their jiggly awesomeness.
Introducing “Wibbly Wobbly Slimey Wimey…Stuff”! Like a fat guy or jelly, whenever a slime jumps, all of it will jiggle around. The eyes, mouth, and inside will all jiggle independently. Does not affect magma cubes, however, because they are not as awesome as slimes.
WARNING: Whatever you do, don’t blink. Blink and you lose out on jiggly goodness.

Show Spoiler
Introducing the MagBurger, not a product knock-off of the McBurger, but a death animation for the not as awesome slime cousins. That’s all they deserve, a pretty death.
WARNING: MagBurgers are not edible and it is not recommended that you eat it since magma cubes are not as awesome as slimes and will melt your face off.

Show Spoiler
Did your know that there’s some weirdo that likes looking at cow butts to watch their udders swing back and forth. Before he was just a creep; now…he’s still a creep.
So if you like that kind of stuff there are a few options for you: you can change whether cow udders will swing back and forth, and you can change whether they have nipples or not (pervert).
WARNING: Do not stare at cow udders for too long or your face will be photographed and hung in post offices as a low-profile criminal.

Show Spoiler
Honored as the best animation KodaichiZero created, and inspired by CaptainSparklez’s TNT music video, creepers are now 46.2% more interesting when showing off their moves.
Creepers have been learning since BACR v1,0, though. Now they have more moves to show off, making them about 66.667% more interesting and maybe 3.14159% more hilarious. Not only can they swing back and forth, but you can make them swing side to side, and even around in a circle. You have to see it to believe it.
WARNING: Creepers do not appreciate it when you laugh at them, and they still won’t hug you. It’s not you, it’s them: they’re just not a people person and not the kind of person to be in any sort of relationship with

Show Spoiler
Spider Knees, Spider Knees,
Does whatever a Spider needs.
Creeps you out.
Any time.
Filler sentence to make a rhyme.
Look out!
Here come the Spider Knees.
WARNING: Does not play catchy theme song.

Show Spoiler
Whenever you agro an enderman for whatever reason, if they aren’t holding a block then they will now use the most idiotic and stupid-looking attack strategy: frantically waving their arms above their head like a crazed maniac. Have fun in the End with this.
WARNING: Don’t die laughing.

Show Spoiler
So Steve, yeah Minecraft Steve, wrote to me saying that his legs hurt cos when he fell he had no knees to break his fall. He said it was like landing on two sticks. I didn’t respond cos this was back when Kodaichi was doing this mod, but Kodaichi gave him knees. Now, his knees bend when walking, sneaking, riding a boat or a minecart or a pig…pretty much when playing in only F5 mode.
Well…Steve wrote to me personally saying that his knees were great and all, but he was having difficulty scratching his back without elbows, so I gave him elbows.
Then, you’ll never believe this, a bunch of Zombies and Zombie Pigmen started coming to me demanding I give them these. They were banging on my door moaning “ghughughughugh!” which is Zombie for “Knees!”, so Zombies and Zombie Pigmen also have knees and elbows. Isn’t that great!? Now they can attack you and scratch their backs without having someone else do it for them. Why else do you think Zombies hold their arms out in front of them?
Elbows will bend slightly when holding and item in your right hand, and are especially more prominent when you walk. Also, sneaking will bend your elbows a bit, so if you feel in the need to see your wenis, just sneak.
WARNING: Elbows do not guarantee that you will be able to scratch that spot on your back that you can never reach. 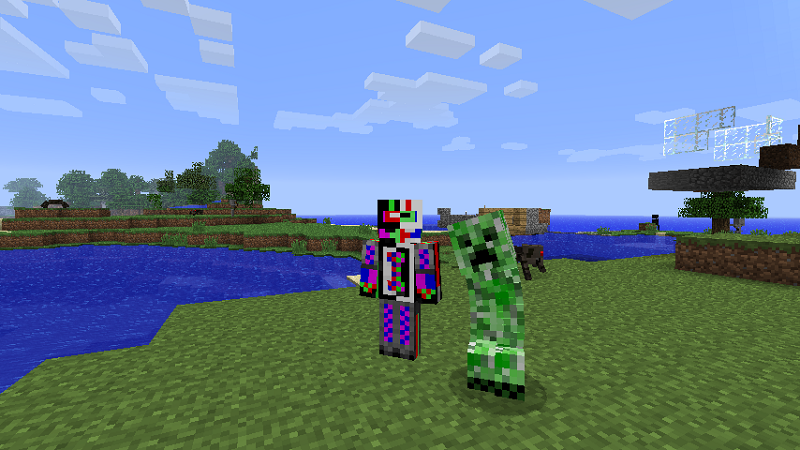 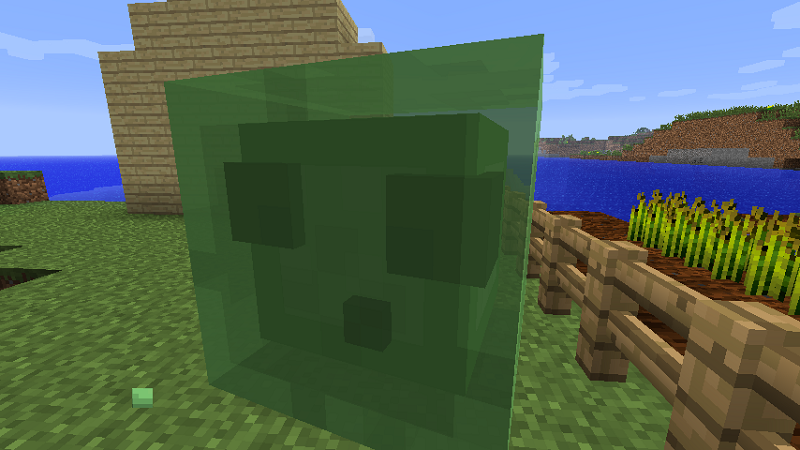 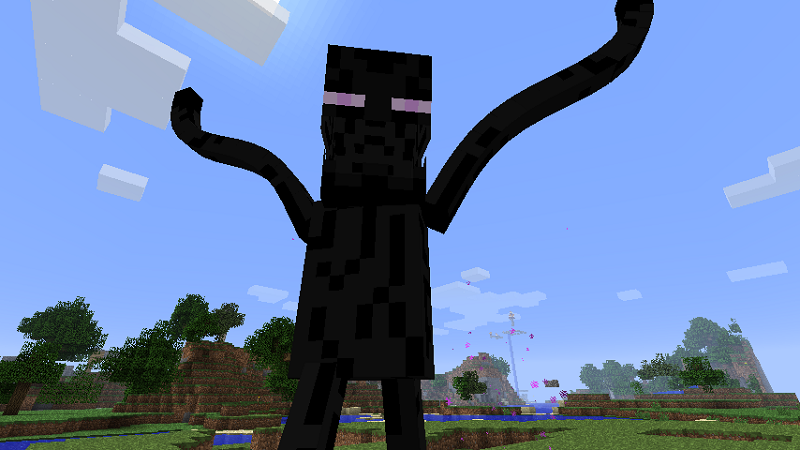