Finally there’s a Dead Space mod for Minecraft. Your mission is to survive the Necromorphs, reanimated and mutated corpses of the dead by the Marker signal and find a key to stop this Marker epidemic. Are you ready to face your maker? Do you have what it takes to survive?

Slashers are one of the common Necromorphs you encounter, and you will face them throughout the game Distinguished by their mottled black tissue, glowing eyes, and the presence of maggots infesting their bodies, Enhanced Slashers are the product of Necromorph infection and transformation of highly necrotic (decayed) corpses. These Necromorphs are far more resilient to damage than their non-enhanced counterparts and are likewise much stronger and ferocious in combat. Unlike regular Slashers, Enhanced Slashers have a uniform look, with virtually all the individual features of their hosts absent following infection and their sole remaining clothing being tattered remains of their pants. In Dead Space, Enhanced Slashers had seemingly emaciated-looking bladed appendages while possessing still-sturdy legs. In Dead Space 2 however, Enhanced Slashers appear to have more bulky limbs overall, the arms included, and they appeared as such in all subsequent appearances. Slashers are the most common form of Necromorphs encountered in the Dead Space universe. While relatively weak when alone, and possessing slow reflexes, Slashers can pose a serious threat when in groups. 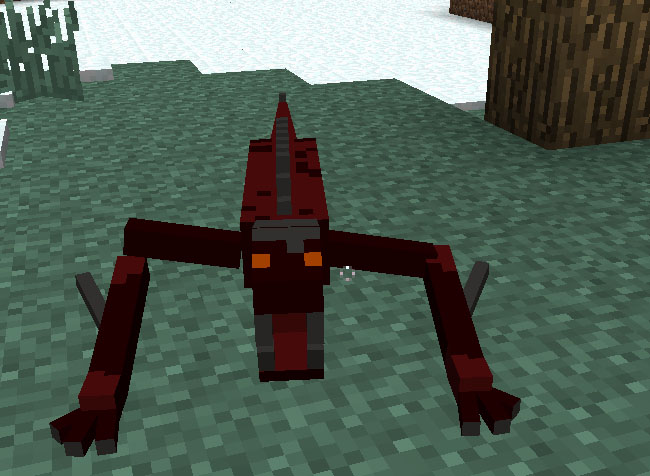 Leapers are Necromorphs with the ability to leap long distances toward their prey. Sporting a long scythe-tipped tail made from the victim’s intestines and legs, along with razor-sharp fangs, they are extremely deadly foes.
Infectors:Pregnants:

211-V Plasma Cutter: The 211-V Plasma Cutter, also referred to as the “Plasma Cutter” or simply “the Cutter”, is a hand-portable mineral cutter manufactured by Schofield Tools. The Plasma Cutter is one of the miner’s primary tools of the trade, offering unrivaled reliability in even the most hostile of work environments. In the main entries of the Dead Space series, it is often the initial “reappropriated tool” used by protagonist Isaac Clarke.Seeker Rifle:
The Seeker Rifle is a powerful sniper rifle capable of delivering long-range fire. It can sever limbs if properly aimed and can pull off headshots, leaving Necromorphs swinging around blindly while you fire away. Its secondary function provides an enhanced zoom, thus allowing even greater precision and damage. In Dead Space 3, it will come with a removable scope. When aimed with the scope attached, the player’s view will be automatically magnified.

SH-B1 Plasma Saw: The SH-B1 model of plasma saw is a hand-portable cutter capable of chopping through ore, metal and even Necromorphs’ flesh. Featuring a variable-output rotary system of superconducting teeth, hundreds of joules of electrical energy per second flow through a plasma sheath riding magnetic fields. Upon contact with solid matter electro-thermal disruption causes intense localized warping and heating, cleaving with a touch. To prevent binding or dangerous vaporization that might occur during prolonged operation using a single blade, the SH-B1 employs a series of moving teeth. This feature scoops out the burning material to make room for further cutting until the plasma saw eventually breaks through. This also allows cooling of the superconductors, reducing wear.

Devil’s Horns: Devil’s Horns is a easter egg weapon from Dead Space 2 and Dead Space 3.
It is a OP weapon, which kills every mob and Necromorph in the game instantly.

The icon is not the Seeker Rifle`s. We will fix it in the next update