Forbidden Magic Mod 1.7.10 expands the dark, forbidden part of the magic in Thaumcraft. Forbidden Magic is a small Minecraft mod written as an add-on for the mod Thaumcraft. It adds a few magical artifacts of a more sinister bent to the game as well as several interactions between Thaumcraft and other magic-themed mods such as Blood Magic or Ars Magica 2 or Botania. The content of this mod can be divided in 2 parts: Nether and Taint. 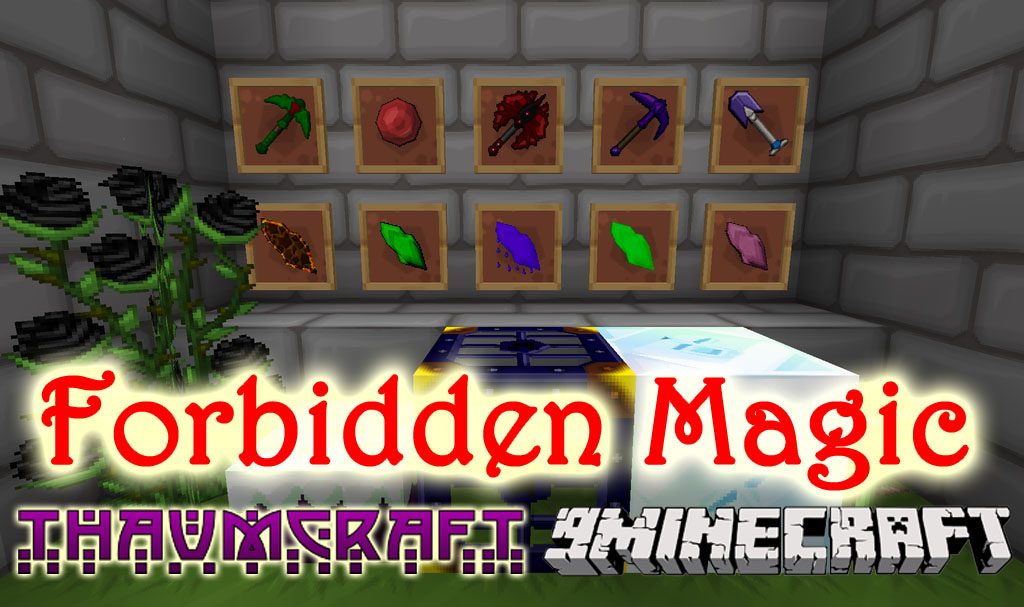 Nether is the first part, introduced in 1.6.4. It adds 7 new shards, following 7 deadly sins, and some powerful tools, weapons and machines crafted from them. Most of the content introduced in this part is endgame, meaning that you need a lot of effort to complete it, but it provides vast abilities to the player.

Taint is the second part, introduced in 1.7.10. It follows the author’s idea of surviving in Tainted Lands, same as Nether-oriented content in Natura mod. It adds special trees, tools, wands, blocks, food and other items related to Taint. Though these items are a bit less powerful to obtain, this part opens a new way to explore Thaumcraft, never seen before.

Third part of the mod is incredible amount of cross-mod items, some almost useless, some extremally overpowered. 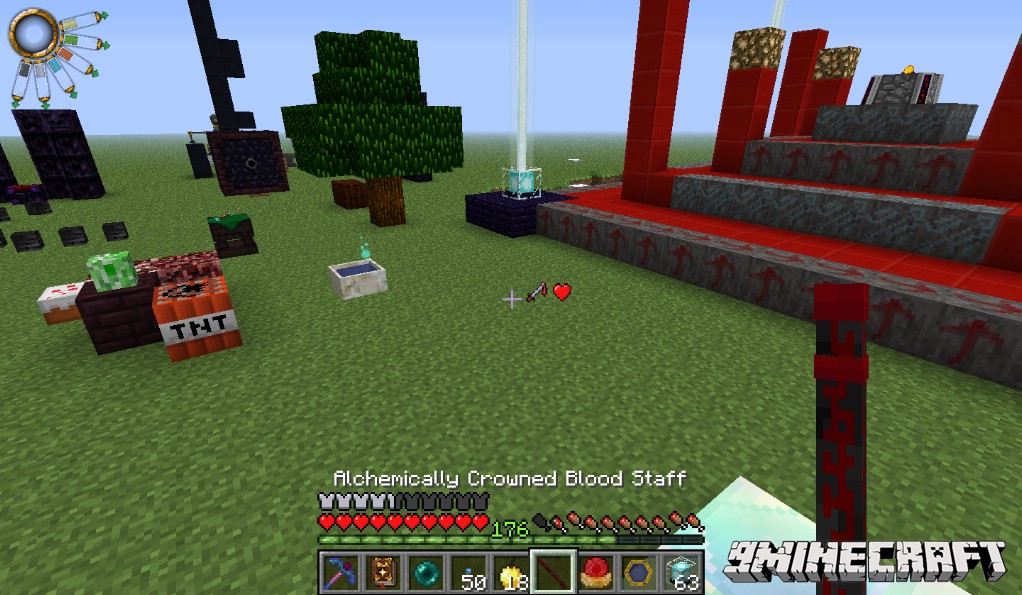 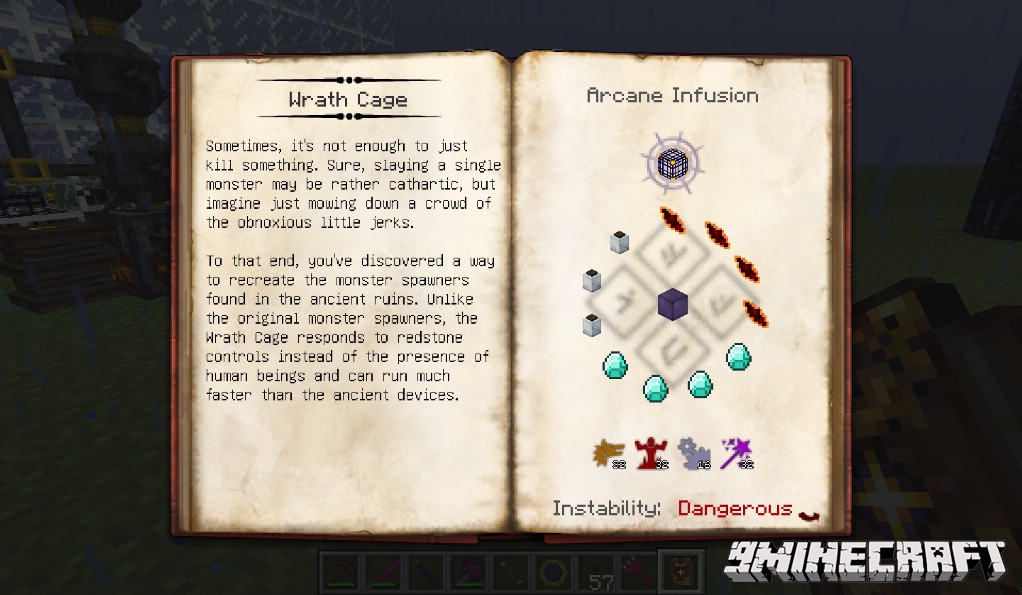