When the player selects it and holds right click while aiming at a block, it will attempt to charge up and teleport the player on top of that block. It isn’t simply a point and click and you’re there form of transportation, but a bit more complicated. Holding right click charges the Catalyst and increases it’s potential range, to a maximum of 25 blocks, like charging a bow increases its damage. Particles will appear on the face of the block that’s under the cursor, and when the Catalyst has reached sufficient charge and can step to the block, a sound will play. It only takes a couple seconds to reach full charge, but if you’re looking at a block and you don’t hear the sound, that means the block is out of the 25 block range. You’re free to look around while holding it and each time you look at a new block, a sound will play if it can reach that block. Any step discharges the item (5 points for a 25 block step, for the tech savvy). With a full charge, it can do 20 full reach steps before being depleted. The amount discharged is dependent upon the distance stepped, but it is linear; that is to say only doing shorter steps won’t discharge it slower than doing longer steps.

The item has no crafting recipe and cannot be actively repaired by the player. It will however recharge during the night (note that it doesn’t require to be in the dark, just that it’s during the night hours of Minecraft). As for acquiring the item, it can be found in various loot chests. It can be found in Nether Fortresses, Strongholds, Pyramids, and Dungeons with a rarity like that of the Enchanted book. It can also be found in Mineshafts, but with far lesser chance of spawning. It will not spawn in Blacksmith chests though. 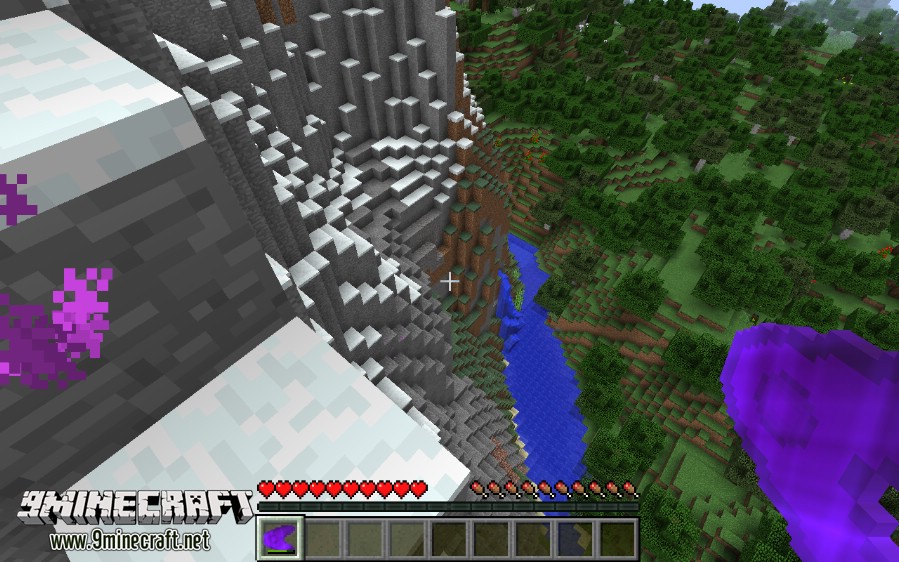