Toontown brings your favorite cartoon characters into the real world! Inspired by the town of the same name from the movie Who Framed Roger Rabbit, this mod will be the perfect combination of the real world and the cartoon world! 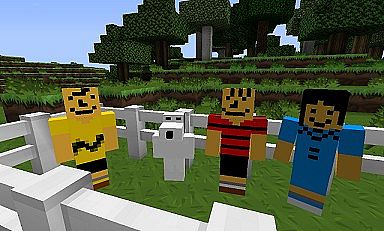 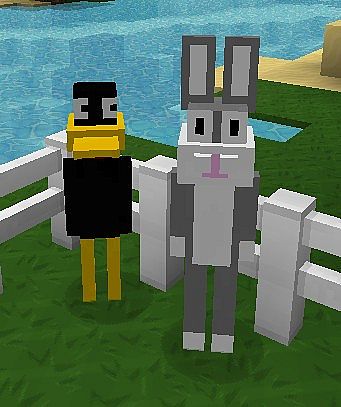 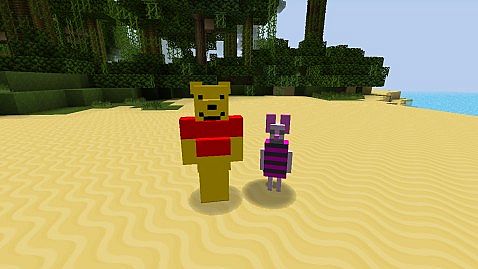 Winnie the Pooh and Piglet 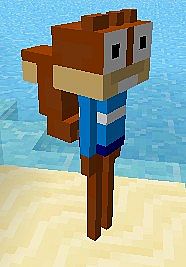 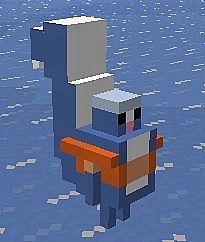 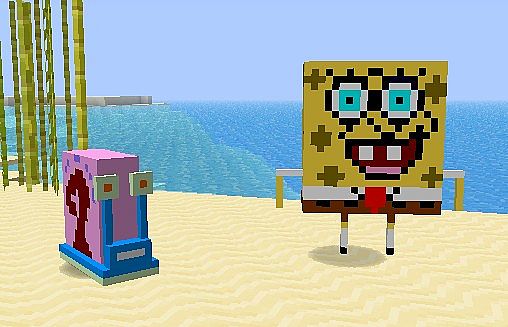 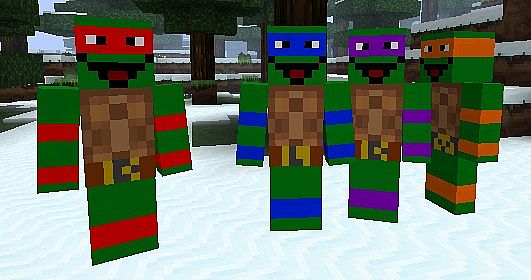 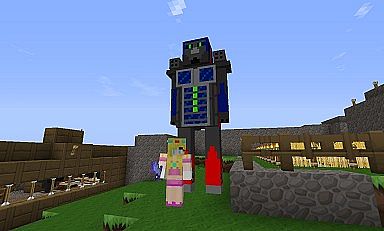 Jellyfish: Jellyfish can be caught with the Jelly Fishing Net. Stand in the water and hold down the sneak button. Then use the right mouse button with the net in hand to catch a jellyfish. These fish can be smelted to obtain jelly which is used to tame SpongeBob Squarepants.

Peanuts: Peanuts are found a few blocks beneath the earth’s surface in a clump of dirt. Dig them up with a shovel and they can be eaten. Smelt them into peanut butter for more nutritional value. Peanut Butter can also be combined with jelly and bread to make a sandwich which provides the most nutrition.

Plankton and the Secret Formula:
Plankton is a hostile mob that comes out at night. He drops the secrect formula which is used to make Krabby Patties.

Honey:
Honey can come from smelting yellow flowers. It is also dropped by Winnie the Pooh.

Cheese:
Cheese can be crafted with milk, yellow flowers and a stick. It can also be taken from Jerry the mouse. Cheese can be eaten or used to tame Jerry.

New Metals: Toontown adds copper, lead, zinc and brass to Minecraft. These metals are used to craft batteries, the electric pickaxe, the toon sword, machines, Elmer Fudd’s rifle and bullets. You will find the ores for these metals underground near bedrock. You will need to mine the ores and smelt them in a furnace or Electric Kiln. This will give you chunks.
The chunks must be put in the processor to get pieces of the metal. Once you have pieces of copper and zinc you can put them in the granulator machine to get copper dust and zinc dust. Combine the dusts in the crafting table to get brass dust. The brass dust can be smelted in a furnace or Electric Kiln to get pieces of brass. These are used to craft bullets, Elmer Fudd’s rifle, brass tools and brass armor. Pieces of lead are used for bullets and pieces of copper are used for batteries.

Elmer Fudd’s Rifle: Elmer Fudd’s hunting rifle can be crafted or collected upon his death. You will need bullets to fire it. Bullets are craftable. Recipes are below.

Toon Sword:
The Toon Sword is a very powerful sword crafted with items from the Toontown mod.

Craftable Gunpowder: In Toontown, you will find Sulfur Ore and Niter Ore while mining. Machines can be used to turn the ores into Sulfur Dust and Niter Dust. These are then put into the crafting table with ashes to make gunpowder. All dusts can be smelted back into their original couterpart except gunpowder.

The Skunk Tail Bed: In Toontown, beds can be crafted with skunk tails collected from Dave the skunk.

GENERAL INFO:: Machines in Toontown do not have a GUI. They can be fed from a hopper, dropper, or devices from another mod, such as Buildcraft pipes or Conveyer belts from Minefactory Reloaded. Just drop in the items and apply a redstone pulse. The Processor will turn metal chunks into metal pieces with one redstone pulse. The Granulator will turn metal pieces into dusts with two redstone pulses. The Electric Kiln is a furnace. It will smelt items with 3 redstone pulses. The CVD Machine turns HydroCarbon into diamonds. It will do so after 20 redstone pulses. You can use a restone clock, or simply pull a lever repeatedly to operate the machines. Other mods which create redstone pulses(ie: computers from ComputerCraft) could also be used. Be careful not to put the wrong items into the machine. They will be turned into ashes. Ashes are only useful for crafting gunpowder.

Garbage Disposer: The Garbage Disposer will destroy an entire item stack with one redstone pulse. Just drop in items you wish to discard via a hopper or dropper and apply the redstone signal.

The Tunneler:
The Tunneler is a machine that creates underground tunnels for mining. It can only be used underground. To use it, place the block down and attach a hopper or dropper for fuel. The Tunneler runs on Carbon. Carbon is obtained by putting coal in the processor. Fill the hopper or dropper with carbon and then repeatedly apply a redstone signal to the Tunneler using a redstone clock or a lever. The Tunneler will create an explosive charge in front of it on every third redstone pulse, forming a tunnel for mining. Be careful not to go in the tunnel while the machine is on.

The second character is a Decepticon. It is a very powerful hostile mob. Make sure you have good armor and weapons when you spawn the Decepticon. You can also use Autobots to help you defeat him. When he is destroyed, he will drop a Laser Gun.

Autobot Cell: The Autobot Cell will spawn an Autobot into the world just like a spawn egg.

Electric Armor and the Armor Charger: Electric Armor can be crafted using iron and batteries. It is just as strong as diamond armor and it can be recharged so it never breaks. The machine works just like the other machines in the mod. It takes 20 redstone pulses to repair one piece of armor. Put your armor in a hopper feeding into the machine and it will come out the other end fully recharged.

Laser Gun: The Laser Gun uses redstone dust as ammuntion. Unlike the rifle, the Laser Gun can be fired very rapidly. The only way to obtain the Laser Gun is to defeat the Decepticon robot.