Fantastic Fish Mod 1.7.10 is a new fishing mod that makes fishing in Minecraft more realistic as well as adding some new fish and sea creatures into Minecraft! This mod adds tons of new fish, lobsters, whales, sharks, and dolphins in Minecraft. The goal of this mod is to implement a new fishing system and a few mobs. The way the new fishing system will work wont remove the original system, but will add onto it. First off the mod adds in fish mobs which is what you catch with a fishing rod. The fish are able to detect a floating lure in the water when its within a specific radius and height depending on the type of fish, and will slowly swim towards it and once they get close enough they dart at it and get “hooked”. Once they’re hooked all other fish will avoid the lure and hooked fish and flee from it. The hooked fish will start to berserk and swim around erratically like a peaceful mob that has been attacked. To “catch” the fish once its hooked simply right click to pull it on land. After a set time of being hooked, depending on the fish, a fish will start to swim downwards making it harder to pull out of the water. Once its on land it will begin to flop around on its side like a real fish bouncing around until it is killed or lands back into the water. To get the fish in item form you left click it with a “net” which will despawn the fish and give you the fish item that can be used to re-spawn the fish. This means chasing down fish with the net is a valid fishing method assuming you can get close enough. Fish also avoids players keeping their distance by darting extra quick, so the player can’t simply swim after them and hit them with a sword. 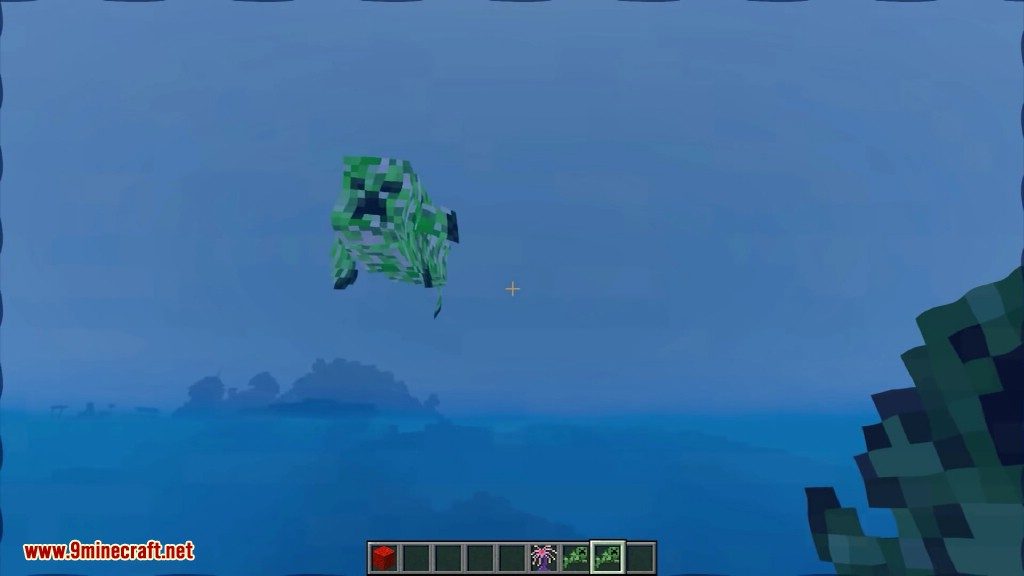 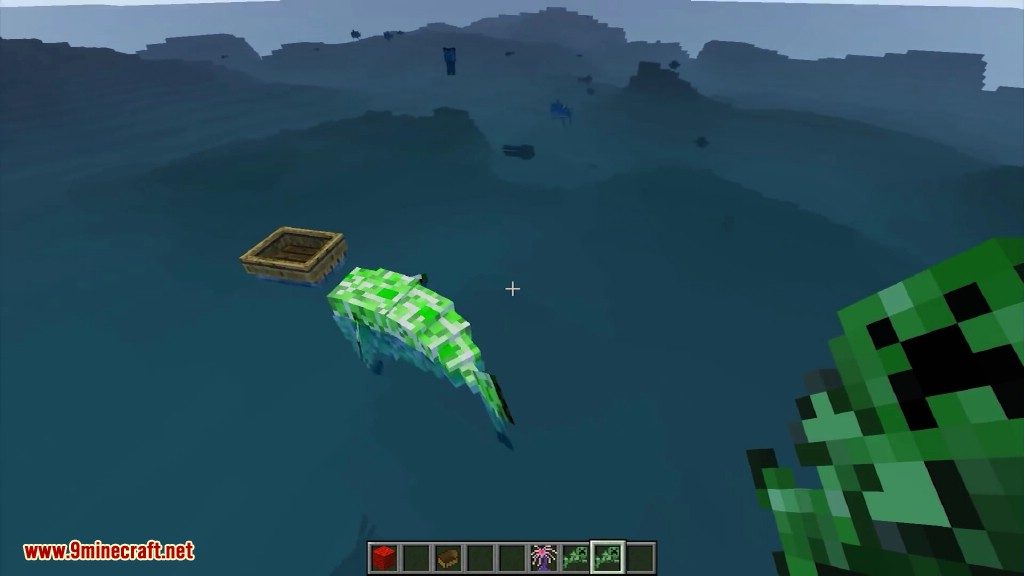 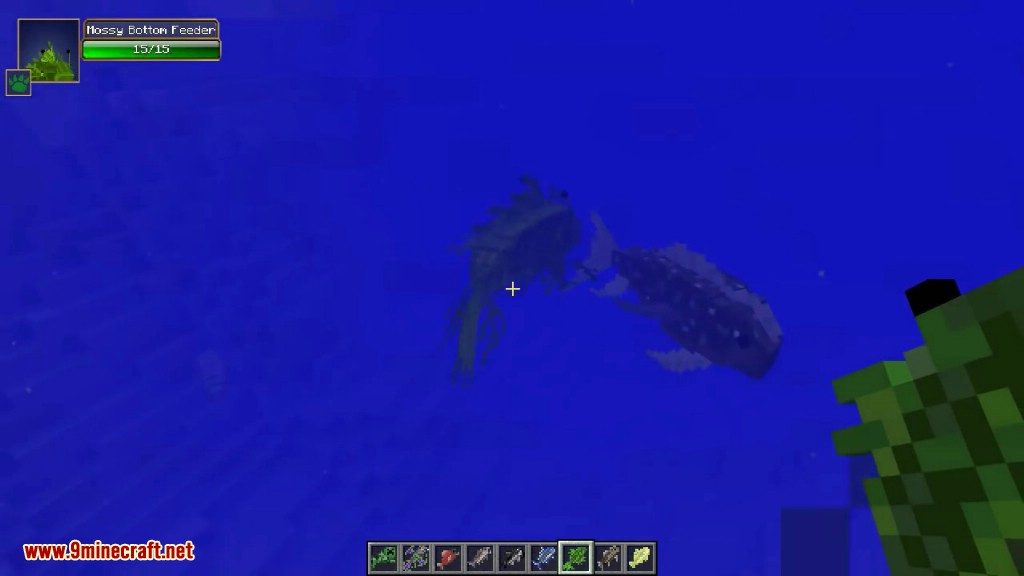 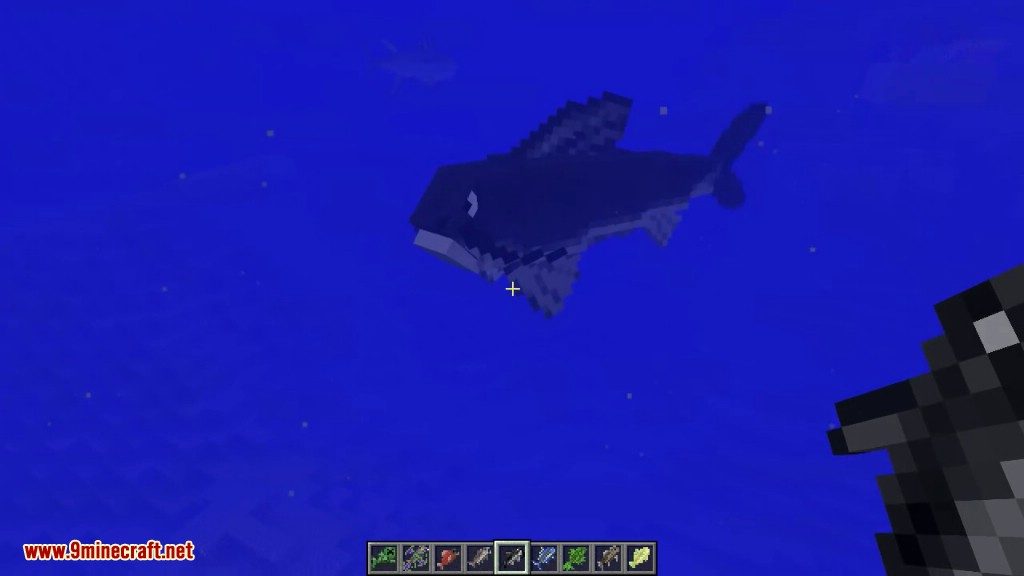 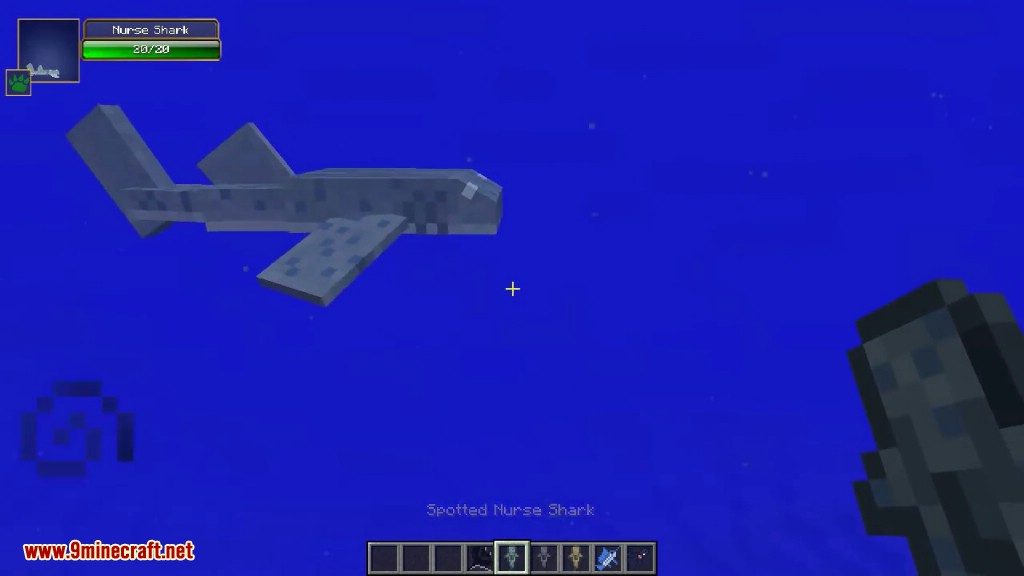 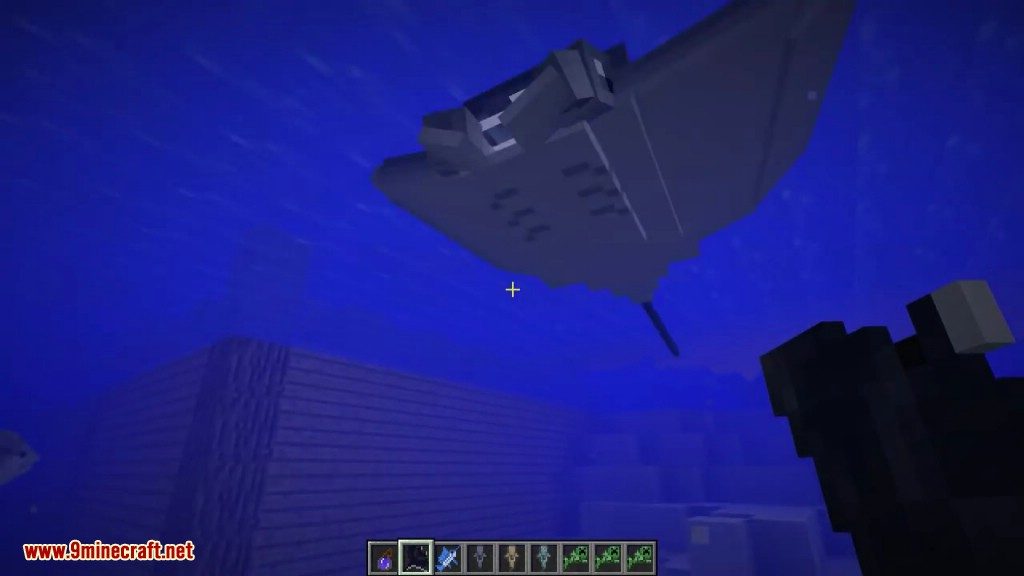 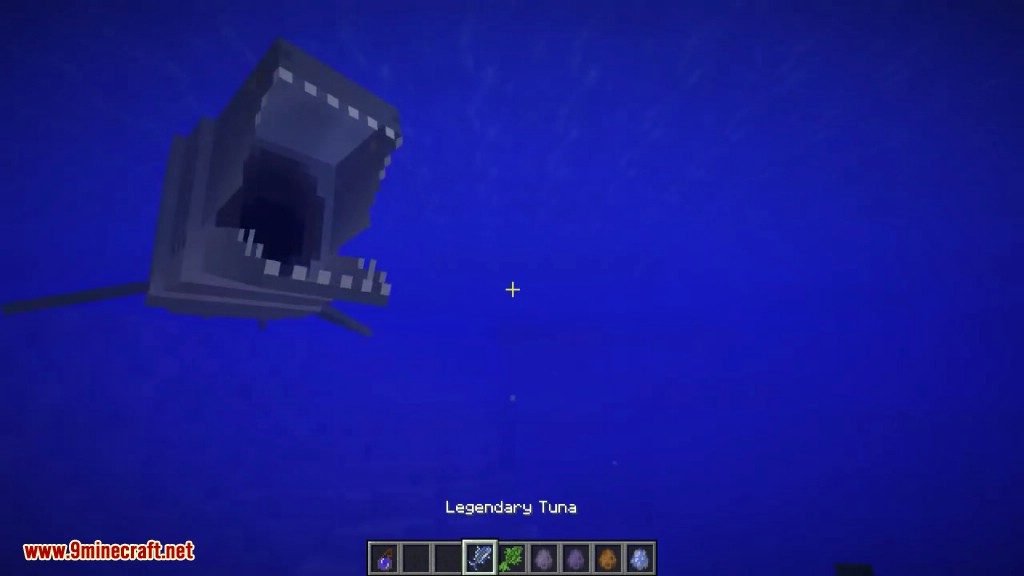 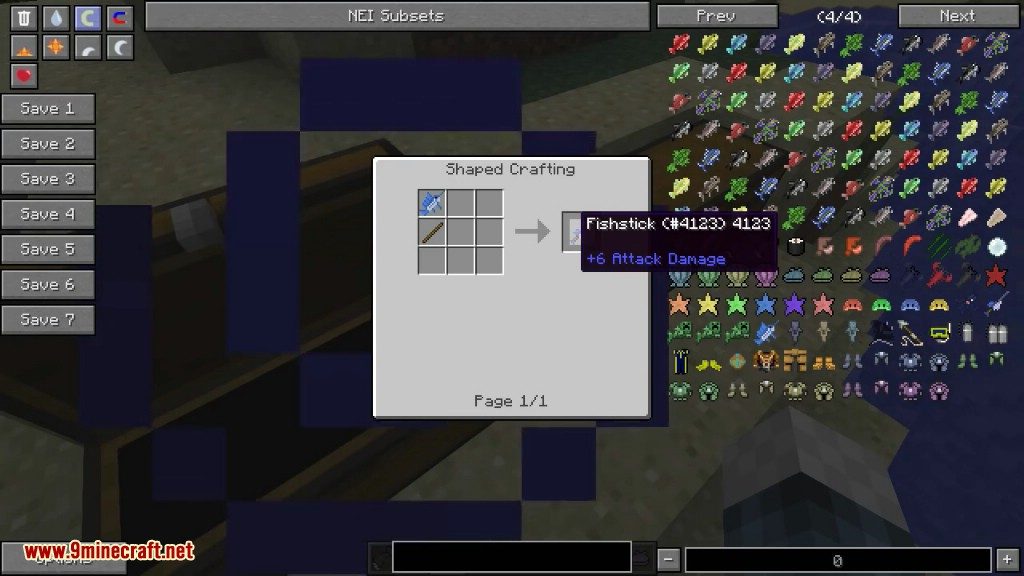