Here are some screenshots of the D-ice-mention(Mobs are in the mob section): Here are all of the dungeons you can find while exploring. Ice Towers!! ()Very Tough Dungeon) Goes up, and down deep. In this picture, frozen ore is in the background, one of the things you can mine. They can be very valuable.(Imagine 20 diamonds in one haul!) Awesome Displays in the sky! These are most of the Items, all of the armor and tool sets aren’t there, so it doesn’t get cluttered up. 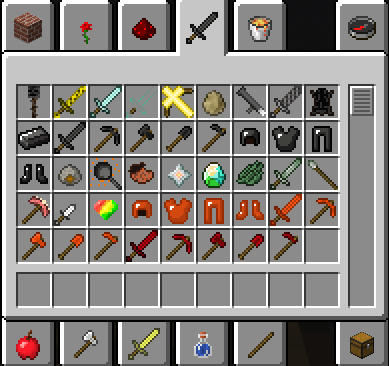 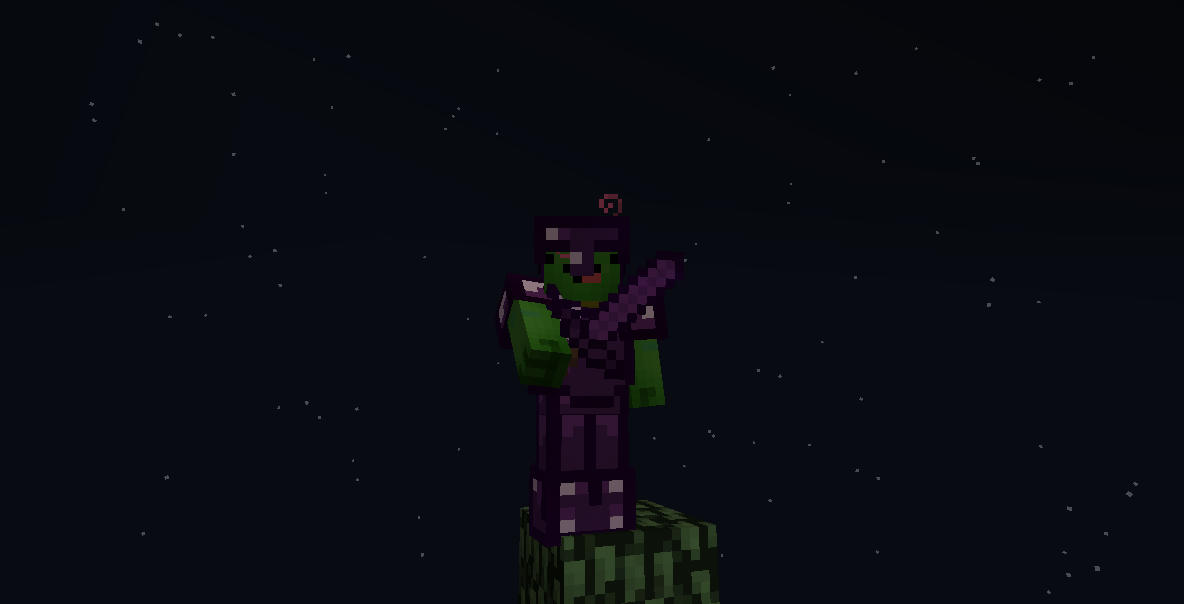 A-bomb-nible Snowman: 75 Life A large mob, that when near anything, explodes. Unlike a creeper, it does not go away. (Nooo!) Maybe he has bad gas or something. Drops fr-ore-zen diamonds. Yay! 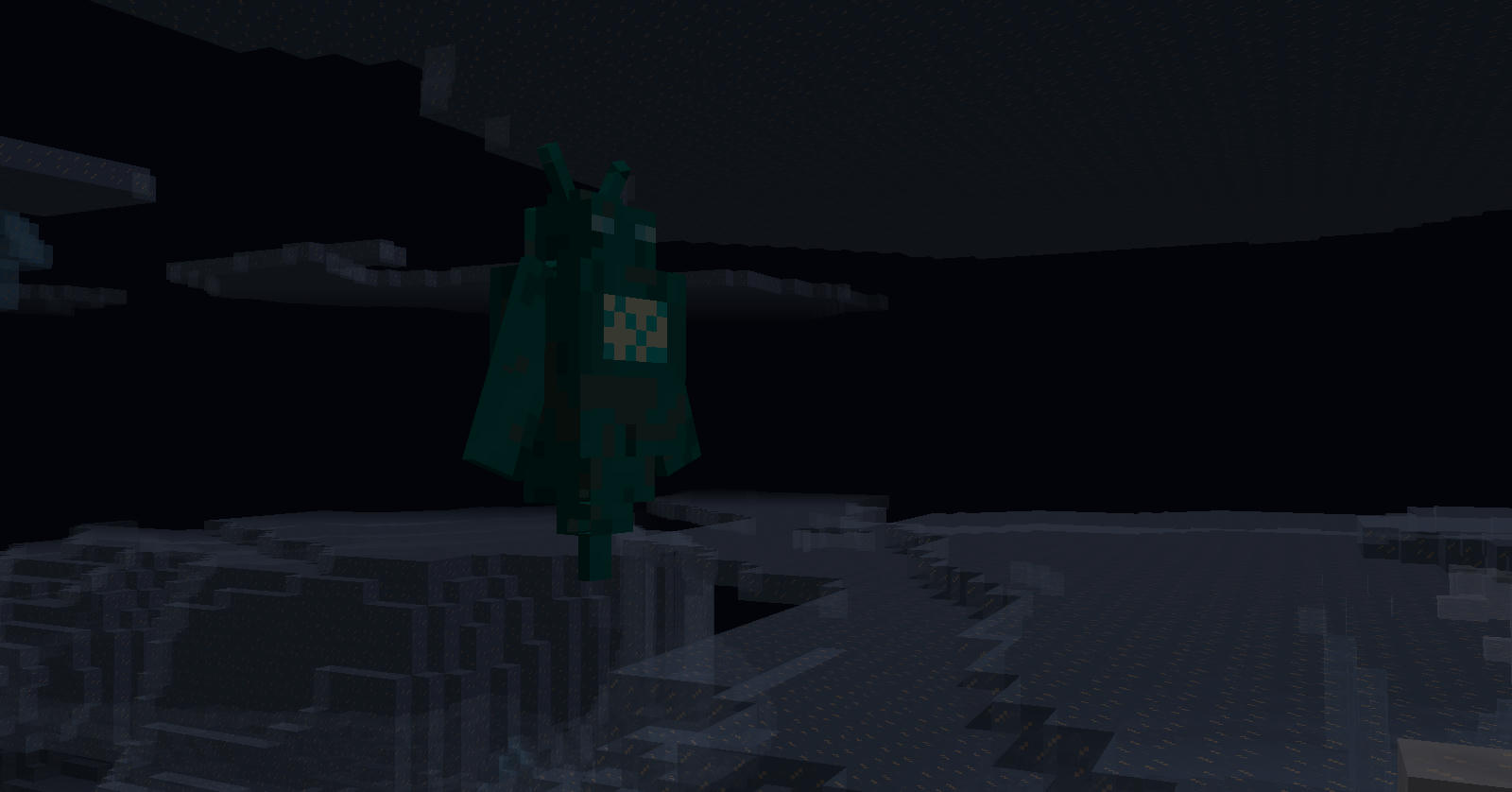 FrostBiter: 20 Life Nasty creatures that will be everywhere, trying to give you frostbite. Drops French-frice Cold Killers, Iceassins, and Glaciadors 30-50 Life Icy Skeletons that guard the dungeons. Gladiadors have very high armor, and all have an initial ice armor, that makes the slow but protected. Drop icesickles, arctcut swords, and bones. IcyYou: 100 life They will definitely see you! With ranged attacks, and a freaky eye, they are deadly adversaries! Look at them, and they will start to freeze you over. They are found at the bottom of ice towers, and drop the Ultimate Block. Sand-witch(The inedible kind): 30 Life
Interesting mob, in which 1 v 1, is easy to deal with, but if distracted, one will experience a mouthful of sand.
Drops sand on top of the target, possibly dealing large suffocation damage. If you don’t have a shovel, that sucks!
Drops sand and possibly, sandorcery.
Spawns on beaches and deserts. 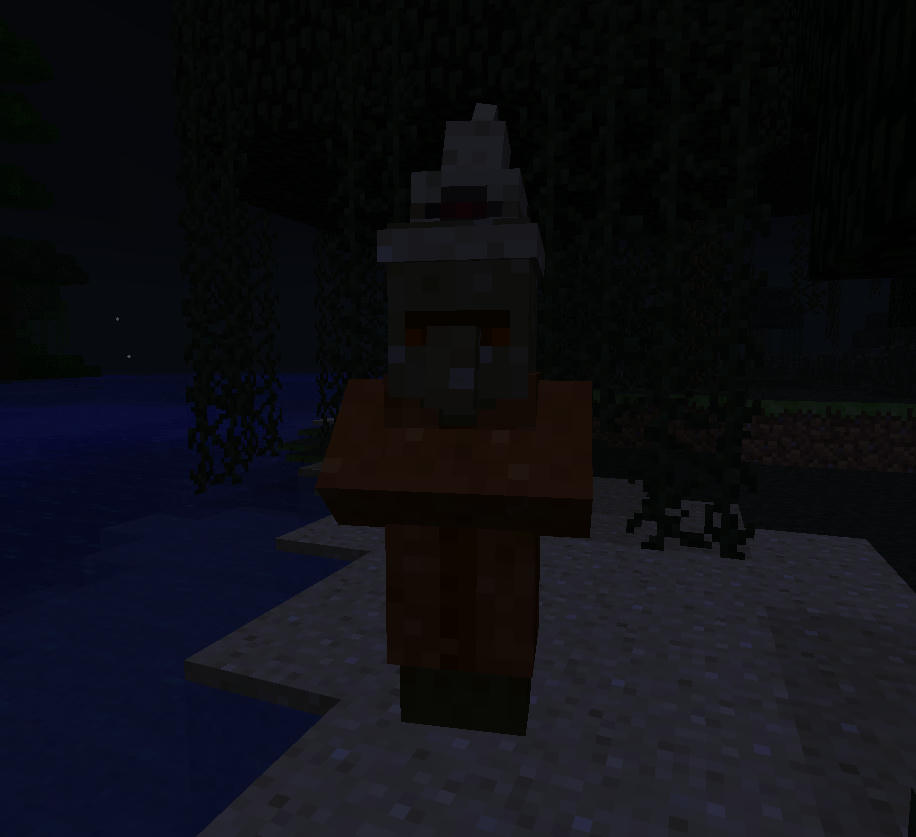 The skeleton is massive, and draws back the bow harder than a regular skeleton. Drops lots of bones.

Experienced Zombie is a somewhat tougher zombie, that drops 100 exp . (Most monsters drop 5) Flamekenstein: 20 life, highly armored
A fiery zombie that burns any player.
If you don’t have fire resistance, well
Walks with a trail of fire, shoots fireballs, and leaps to pound the ground with fire, not to mention, it lights you up for 16 seconds on hit.
It is very, very fast.
I would almost call it a mini mini boss, except, of course, you would have fire resistance. 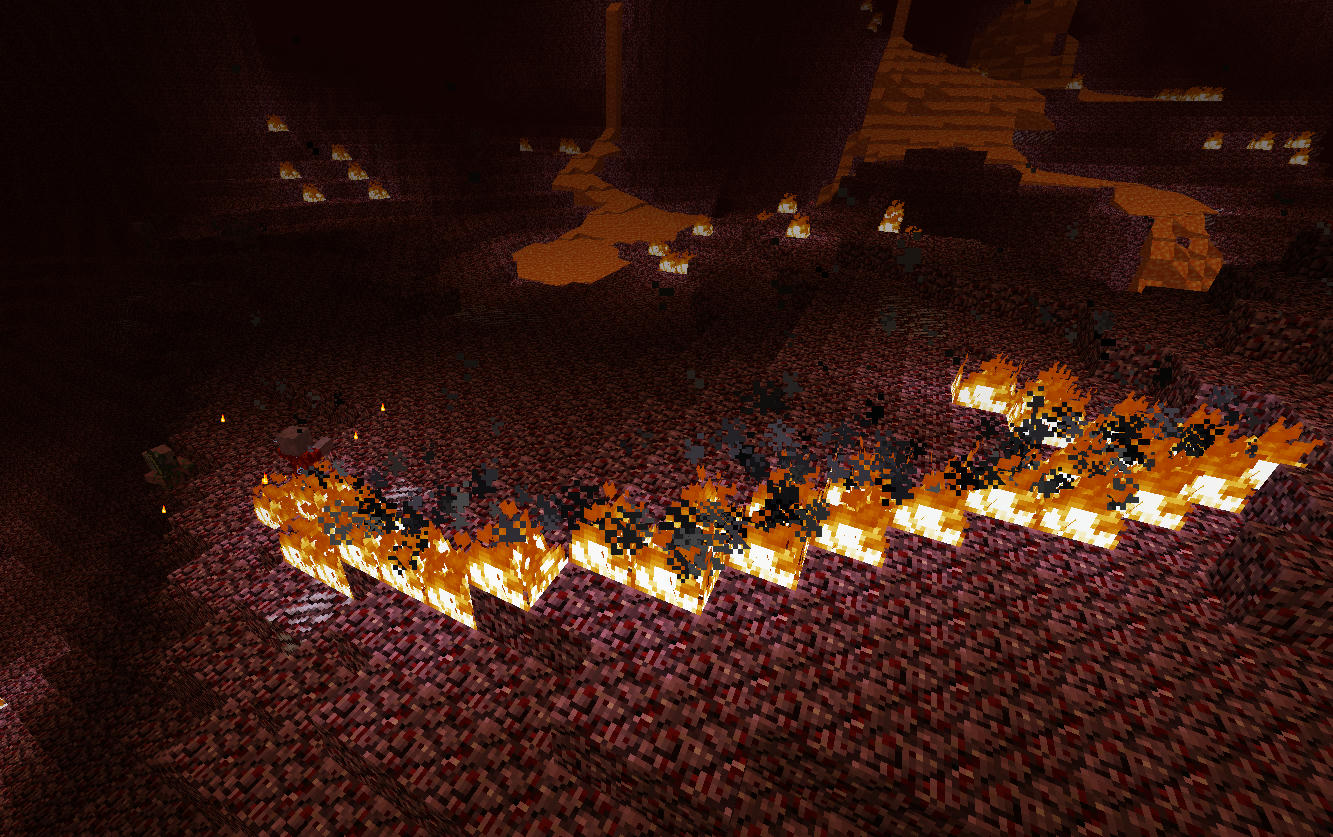 Liq-squid: 100 life
A watery squid that is almost 20 blocks long.
Mostly peaceful, unless you scare it, and it will squirt you with poisonous ink.
Drops water(the block), and ink sacs, about 5-10 of each.

Inviciousable: 20 Life
Quiet spirits that have far sight and flight. When they hit, they will deal blindness, and a raging headache.
You don’t actually kill them, they just disappear into bats.(A good way to get bat-le armor)
They spawn even in day. Clobber-O-Nimbus:
A cloud that roams the sky. 30 Life Flies above you and strikes with lightning. 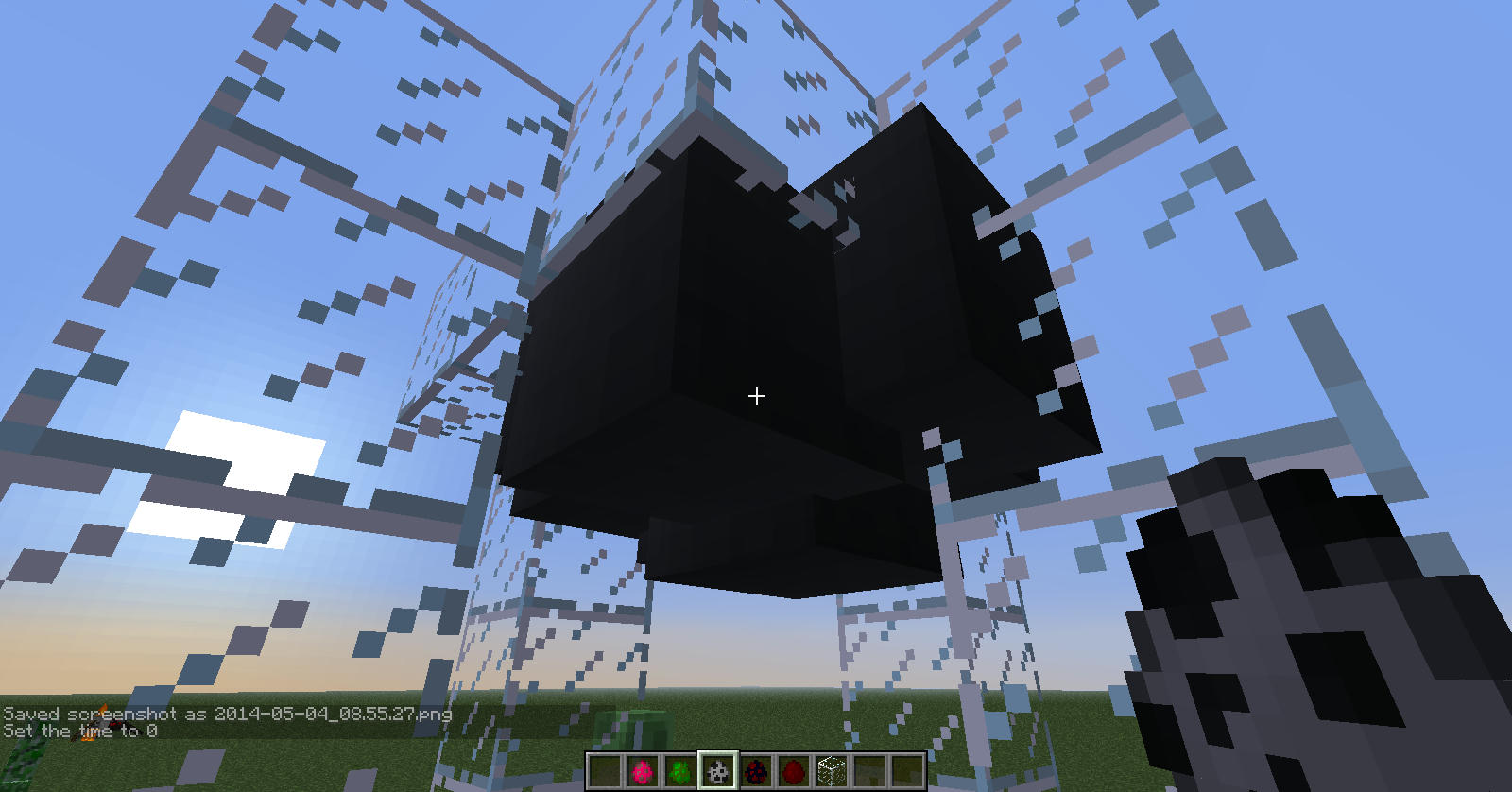 Obsi-Die-An: A Giant Black Golem with 200 life and Highly Armored.
High Melee Damage, and destroys everything in its path.
Has its own gravitational field, which is hard to escape from.
Drops 5-9 obsidian, netherrack, and Obsidian Shards.
It is a boss, and don’t underestimate it; it will wreck you quickly. 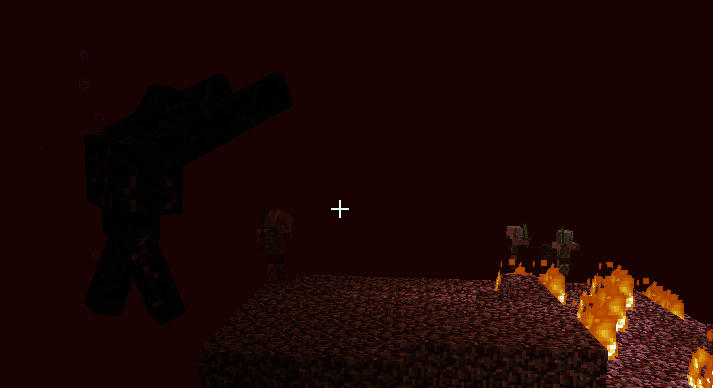 Bringer of Frydom: 15 Life, Rapidly shoots many mini fireballs, Small, but dangerous. Most of the time, you can’t find it until is burns you in the face. Sneaky.
Drops fire, firecharges, bones, and rarely, blaze powder. 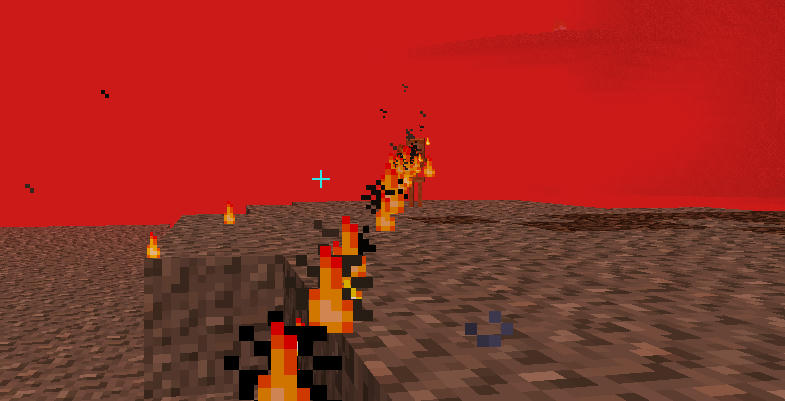 Daybreak-er(WIP): 10000 life(so don’t even bother with your weaksauce swords)
Work in progress endgame boss.
Right now, it spawns inviciousability, creates eternal night, kills every mob within 50 blocks(except for the player) and causes earthquakes. Can only be killed by torches, glowstone or fire.
To make it notice you, whack it in the face with a high damage sword(Punisher??) for a while.
Oh yeah, and if you battle it, you should bring some milk.
Right now, it is only available through creative.
This pic is it’s first stage, where it is sleeping/dormant/statue-mode. 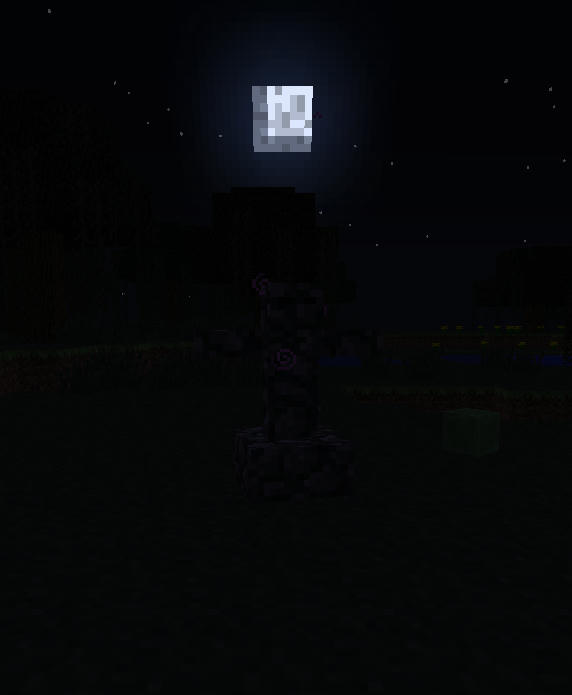 Dyemond Armor and Tools 4 sets of it!

The Stone of Mite

The Bat-le Armor and Weapons Set

Above is Bat fur… yeah.

That is bat Iron

Go to the cover or screenshots to see what the armor looks like.